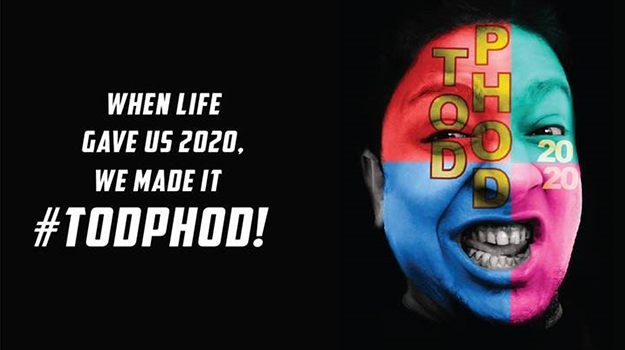 If anything, 2020 has been the year when terms like ‘unprecedented’ and ‘new-normal’ became a part of the vocabulary for people across the globe. For the employees of MullenLowe Lintas Group, however, there was an addition of another word that, unlike the other two, got them excited: TodPhod. It is a colloquial Hindi word for smashing and verbalises the fitting response that the employees gave to the relentless 2020 by adapting themselves and standing up to every challenge at work and home alike. TodPhod was a tasteful closure to a bland 2020 and displayed the spirit of Lintas in a virtually-organised event.

Held virtually on the evening of 18th December 2020, TodPhod 2020 saw several activities planned for the employees. With video bytes from the leadership team, the customized Instagram filters, the specially themed posts, and an electrifying anthem, it was executed like a Grand Prix-winning campaign. MullenLowe Lintas Group extended the invitation to not just employees but even their families, and as part of event revelry, all employees were sent Swiggy meal vouchers to order and enjoy a sumptuous dinner with their family while watching TodPhod 2020.

At key intervals during the event, CCOs of Lowe Lintas (Sagar Kapoor and Prateek Bhardwaj) and Mullen Lintas (Azazul Haque and Garima Khandelwal), expressed their ideas of the year that was in creatively shot short videos. Not only did these videos present a humorous take on 2020, but some of them also touched the audience’s hearts by capturing moments of emotional upheavals.

The highlight of TodPhod 2020 was the award show that recognised the best of everything at Lintas – individuals, teams and work. Anchored by Subbu (Group CSO), the award show saw MullenLowe Lintas Group reward people with certificates and truly generous cash rewards. Awards were given out under the following heads:

An internal jury of seasoned professionals was set-up to judge each of these award categories. The jury members often found themselves in a conundrum while judging the entries and were even compelled to declare multiple winners in a few categories.

Amer Jaleel (Group CCO and Chairman) concluded the event by congratulating the winners and expressing his eagerness to return to work (from office) so that the teams could engage in safe face-to-face conversations once again. Virat Tandon (Group CEO) closed the show with an emotional speech urging everyone to stay safe. He felt that every employee was a winner and encouraged each one to keep up the good work wishing success to all.